I was selected as a student developer in the Google Summer of Code 2013. I worked for Astropy under the Python Software foundation. My project involved re-writing and implementing several core modules of Astroquery, a python package that helps astronomers query web data. Check out this publication or browse my contributions below (github handle : jdnc)

While at UT Austin I took the Autonomous Robotics class under Dr Peter Stone. The class involved several challenging projects that involved programming the Nao robot to play soccer. For my final project I worked on a Visual odometry system to help the robot navigate during the match, albeit with mixed results.

In this project I re-wrote the cp command in GNU coreutils to use asynchronous I/O. For the purposes, I wrote implementations using both the POSIX AIO as well as the kernel AIO and analyzed performance outcomes. This is now available on my github repo.

During my research assistantship at the Poldrack Lab (then at UT Austin), I worked on applying predictive analytic techniques to synthesize fMRI images from a large body of textual data. All the code was based of python libraries including scikit-learn and nilearn

During my grad course on Natural Language Processing, at UT, I explored the Sematic Textual Similarity challenge and approached the problem using tree kernels to compare parse trees. this approach yielded a significantly better approach compared to the winning entry in Sem Eval 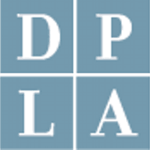 During my Research Assistantship at the School of Information, (UT Austin) I worked on developing semi-automatic techniques for aggregating collection level descriptions from item meta-data, working with the Digital Public Library of America's API. This involved using tools like Mallet for topic modelling and the Google word2vec tool. Our work is published in the ACM JCDL 2015

I took a diversity course on Information Retrieval at UT, in which I explored the success of crowd-sourced relevance assessments when it was gamified. I implemented a prototype of the game and we carried out a Usability survey

Not so way back in my undergrad, I presented a seminar on Symbolic Code execution, the amalgam of static and dynamic code analaysis. This survey will be published in the upcoming issue of the Computer Science Journal of India.